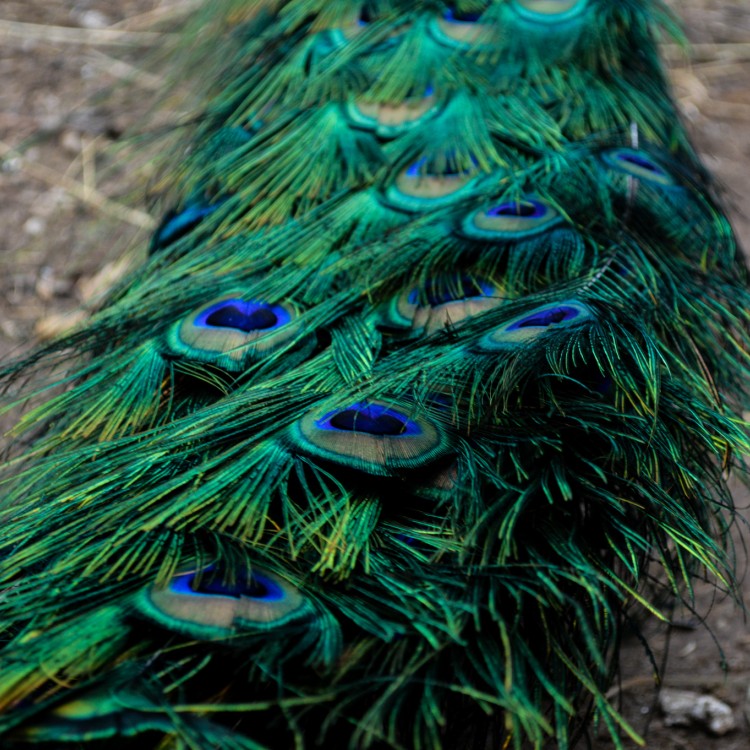 Charles and Dahlia are our two Indian Blue Peafowls. Charles is our male, known as a peacock, and Dahlia is our female; she is known as a peahen. Throughout the summer, Charles will fan out his flashy tail feathers, rattle them like a snack, and call out in an attempt to attract his mate. Charles and Dahlia are a pair, and Dahlia will lay a clutch of eggs each summer. We will attempt to incubate some of them and let her hatch the rest herself. This past summer, the pair hatched two healthy peachicks which are now several months old and almost as big as their parents.