How River Hills Farm Came to Be

Over 170 years ago, in the 1850s, the government granted 160 acres of land to William Spurr, a soldier who had served his country during the war and that is where the story of River Hills Farm begins. Throughout those many years, the land was sold, split up, and sold again. It passed through many families who loving cared for the land. In 1911, the farmhouse and barn you see today were built by Ralph and Carrie Snyder. Their story on this land began over 100 years, long before Riverside Bible Camp even purchased the farm. In the 1960s, the farm was sold to the Borntrager’s, an Amish family, who removed the electricity, plumbing, and even the two pillars in the parlor because they were considered to be too ornate. The modern accommodations were eventually re-installed in the 1990s by the Patoka family, who were the last owners before Riverside Bible Camp purchased the farm in 2013.

Through much prayerful consideration, the Riverside Bible Camp Association decided to pursue adding River Hills Farm as a partner ministry and through God’s miraculous provision was able to purchase the farm in 2013, thus leading to the start of the River Hills Farm, LLC. 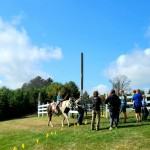 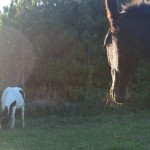 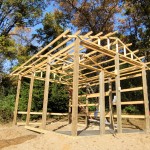 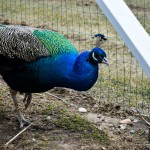 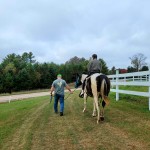 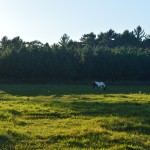